We pride ourselves on the variety of subjects discussed and the following is a chronological list of the events we have hosted. For more information or if you have any ideas for debates and events, please do not hesitate to contact us.

Does Trump have a point?

With the controversial outsider candidate, Donald Trump, presenting a credible chance at winning the upcoming US elections, King’s Politics asks “Does Trump have a point?”

Freddy Gray — Deputy Editor of the The Spectator. He was formerly literary editor of The American Conservative.

Dr Paul Sagar — Fellow in Politics at King’s. He is currently writing a book on the theory of the state and the concept of human sociability in the Enlightenment.

Professor Helen Thompson — Professor in Political Economy. She has written on British economic policy, the relationship of democracy to the international economy, and the politics of the economic relationship between the United States and China.

Dr Christopher Brooke — Fellow in Politics at Homerton. He is currently writing a history of distributive political theory since c. 1700.

Viscount Monckton — Journalist and Peer. He is known for his work as a journalist, Conservative political advisor, UKIP political candidate, and for his invention of the mathematical puzzle Eternity.

Is organised religion a force for good?

As ongoing religious and sectarian conflict rages across the globe, King’s Politics asks the question: ‘Is organised religion a force for good?’

Is Lad Culture ever ‘just banter’?

Following a government-led inquiry into ‘Lad Culture’ on British university campuses, King’s Politics asks whether, in the immortal words of former Sky Sports presenter Richard Keys, it ever is ‘just banter’.

Is the West to blame for ISIS?

With the emergence of ISIS as a major military and political entity in the Syrian Civil War and Iraq, King’s Politics asks whether the legacy of Western intervention and foreign policy is to blame for its rise.

Andrew Murray – Chair of the Stop the War Coalition

Adam Deen – head of Outreach and Research at the Quilliam Foundation, and former member of Al-Muhajiroun

Victoria Stewart-Jolley – PhD candidate at the University of Cambridge and legal and electoral specialist, with experience working with the UN in Afghanistan and Iraq

Allan Hennessy – law student at the University of Cambridge and journalist

What are the economic possibilities for our grandchildren?

In 1930, John Maynard Keynes, a King’s alumnus, published a short essay on the “Economic Possibilities for our Grandchildren” in which he spoke about his expectations for the next hundred years. We analyse whether he remains relevant in the modern day and how many of his predictions came true.

Professor Andrew Gamble – professor of Politics at the University of Cambridge

Is the Euro a failure?

We have seen the Eurozone crisis evolve over the past few years, bringing many European countries to their knees but having once been seen as a promising initiative. We ask whether the Euro project has ultimately collapsed.

Can liberty survive in the information age?

Our first Chapel 500th debate took place in the stunning chapel of King’s College on the question, “Can liberty survive in the information age?”

EBEN UPTON – Co-Founder of the Raspberry Pi, which has sold over 5 million units across the world, making the fastest-selling British personal computer

UKIP, Labour, the Greens, Liberal Democrats and Tories battled it out to decide who will lead Eastern England on 22 May. Things got heated quickly – the UKIP candidate compared the Greens’ representative to “fascist Germany” after the latter heckled his opening speech, and insults flew back and forth for the rest of the debate.

The hustings followed a ‘Question Time’ format, with audience questions determining the focus of the debate. The discussion was centred around topics of immigration and asylum seekers, overfishing, the EU and employment, clean energy and, of course, the prospect of Britain leaving the EU. 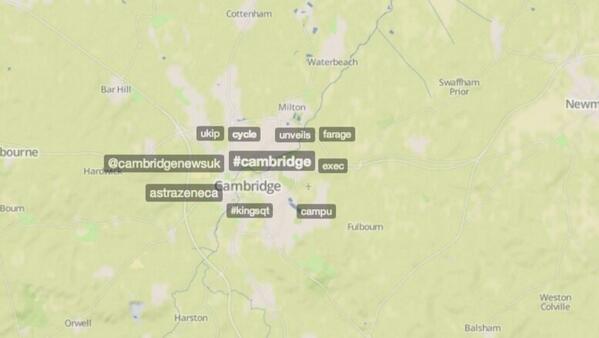 Four of the speakers, Rod, Puffles, Sam and Matt

The King’s Politics Exec along with four of the speakers

@mattjhodgkinson places the Greens as a party in favour of evidence-based policy. Nice to see another scientist in politics #KingsQT

Israel/Palestine: How can peace be made?

Atrocities can be attributed to multiple sides, countless diplomatic negotiations have failed and still the conflict continues. King’s Politics asks if and how peace can be made.

Hannah Weisfeld – founder and director of the ‘pro-Israel, pro-peace’ Yachad

Does Cambridge University fail to protect the welfare of its students?

Is Cambridge in need of a reading week? Does it exacerbate or help mental heath issues? What should be the purpose of a university? King’s Politics brings these questions together in an enthralling and lively debate.

Across Britain and the rest of the world, top positions in industry and government continue to be dominated by white, middle class men, towards whom the current system remains heavily skewed. We ask if positive discrimination is the only way forward.

Sunny Hundal – left-wing commentator and editor of the Liberal Conspiracy

Can military intervention be humanitarian?

Do we have a responsibility to use military force to save strangers? Do we have the right to be the world’s policemen? Can force succeed in protecting the vulnerable?

Richard Norton-Taylor – journalist and former Security Editor at the Guardian

Are faith schools detrimental to society?

Championed by Tony Blair and expanded through the Free School programme of the Cameron Government but damaged in several scandals, King’s Politics questions whether faith schools are of detriment to society.